What are SPVs and Rolling Funds? 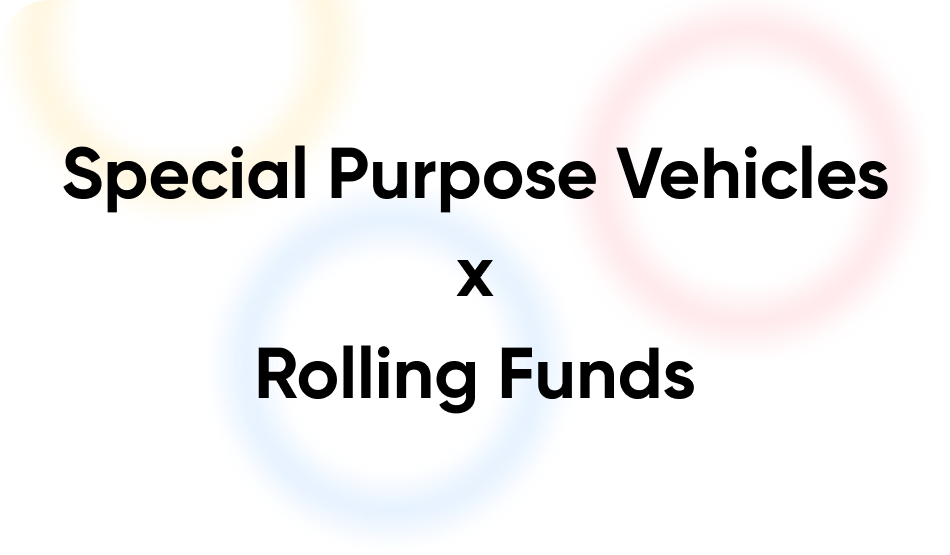 In venture, a special purpose vehicle, or SPV, helps investors pool their money into a single company that is designed for a specific investment in a single company. This is a major departure from the traditional venture fund structure that is set up to be invested in multiple companies, over a longer period of time. Unlike Rolling Funds, which we’ll cover below, SPVs are not entirely new. For years, financial institutions have used SPVs as investment vehicles - most notably with Enron.

General partners at venture funds have traditionally used SPVs for two reasons: investing in companies that fall outside of their fund’s criteria or for a follow-on investment when their fund does not have enough capital. Both of these situations allow LPs in a fund to make individual decisions on their involvement, rather than their capital being deployed as a bigger part of that fund.

What is new about SPVs in recent years, however, is newer investors (not famous GPs or angels) using SPVs to raise money for a singular investment. This allows them to circumvent raising from LPs on an investment thesis, and lets them develop a reputation for quality deal flow in the venture capital world.

What are the potential benefits of an SPV?

What are the potential downsides of an SPV?

Rolling Funds were introduced by AngelList in early 2020 as a way to bring high-resolution fundraising to venture funds. Instead of requiring a massive upfront commitment from investors, fund managers can accept a recurring investment from LPs to invest quarterly. On top of recurring capital from existing LPs over time, rolling funds also allow fund managers to accept capital at any time.

As Naval Ravikant, founder and chairman of AngelList, puts it:

The huge benefit for a fund manager is that they can raise money incrementally, one investor at a time, rather than having to do a one-time, big-bang fundraise and then lock the fund for four years

Next: Startup Fundraising DocSend vs. OnePagerPrev: What is Investor Day?